Commercial advisors to the public, iwi and community sectors

New Zealand Trade and Enterprise wanted to promote an industry focused on open-standards based telecommunications software. We prepared a technology road map, which linked University training to industry needs and through to company export strategies. New Zealand Trade and Enterprise funded us to work with OpenCloud (whose open-standard operating system is important in establishing competitive advantage for the country overall in this space) to prepare a new business plan, which helped them gain central government funding for their planned expansion.

The Ministry of Transport engaged us to facilitate working groups from both central and local government. We worked on five projects in total (from 2003 to 2008 in Auckland, Wellington, Bay of Plenty, Waikato and Christchurch).  The challenge was to build consensus on a case for further Crown funding for new transport infrastructure while managing demand and promoting alternative modes. The result was a series of deals that everyone could understand and live with.

Hutt and Upper Hutt City Councils asked us to facilitate a joint approach to their future investment in cemetery operations. The result was a process that respected different community expectations and allowed costs to be shared between the two communities.

Merger of water supply operations in the Wellington Region

We have been involved in a number of Wellington regional water supply projects.  In 2002 we reviewed business plans and operational savings targets for the shared delivery of water supply between Hutt and Wellington Cities using the shared services company now called Capacity.  In 2012 we advised Porirua City on the business case for their inclusion in the Capacity organisation.

Providing toilets for visitors at major tourist sites can be a major expense, especially for small local authorities whose ratepayers are bearing the cost. We worked with the Ministry of Health and Local Government New Zealand to design the criteria and processes for allocation of subsidy funds. 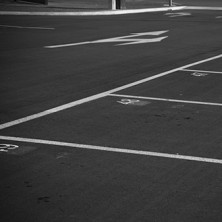